This is the multiracial movement that includes America's working class, poor, and rural communities and uniting communities across America on our shared issues and values state by state.

More than ever, we must take our democracy and put it in the people's hands. That means taking to the streets and engaging in civic action to let politicians, and those seeking elected office that they work for us!  We are organizing like never before and Winning! And we’ve just begun.

Our work is moving Idaho and our country from a bold vision to action. UVI's rural and urban progressive populous organizing is part of powerful new movement led by 34 states that comprise People's Action.

Created and vetted by Idahoans across the state, The Idaho People's Platform reflects Idahoan's values and needs that are uniting Idahoans across the state. As we work to advance a bold agenda, we are transforming how people understand and relate to issues divorced from political affiliation. We are crafting policies at the local and national level that center the concerns of rural people and we are winning. In 34 states from coast to coast the #PeoplesWave a powerful force for democracy and economic fairness. Uniting urban, suburban and rural communities coast to coast, we’re fighting for community over greed, justice over racism, and people and planet over big corporations.

What is the People's Platform?
Idahoans across the state created and vetted the list of issues and values that are core motivators for families and communities in Idaho. This platform was ratified and adopted by 34 states including Idaho in 2019.

Garza: It’s interesting whenever black people declare unity in the midst of unmitigated chaos, somehow it is so threatening to White People. It’s like when Black people say “we love ourselves”, White people say “Oh so, you hate me?” Ok, so wait a minute now, isn’t the also an opportunity for you to declare that you also believe that Black Lives Matter?

It’s shows a lot about where we have left to go.

Bell: You get pointed at and accused of being anti-White.

Garza: Look, like my dad’s white.  What are we doing right now?

Geohl: We’re not going to knock on a bunch of doors and say “Hey, do you want to come to an anti-racist meeting?" Those would be small meetings, or meetings of the people who are already with us. “Oh, we’re all here again...” That’s not what we’re doing.

We just finished knocking on 10,000 doors.  Basically we ask people what are you upset about or what do you want to change, discover what ever the issue is and move people into a campaign to win. And then along the way we start to have conversations around race.  "Did Muslims y’know like, crash the economy? Are black people pushing opiods into this part of the state? Did undocumented immigrants stash a bunch of money into corporate tax havens?” No.  And we found the enemy is not each other, let’s focus on the real villain of this story.  But we can only do that by working with people from where they’re at, build a foundation and a relationship and then we can start to have a different conversation.

Garza: What are the characteristics of white communities that people are missing?  What’s actually going on?

Geohl: It’s really hard to imagine how bad it is until you go there.  It’s a different kind of poverty, it’s ghost town poverty. It’s like the buildings have gotten knocked down but not taken away. It’s got a desperateness to it.  Considering the conditions they’re living in a lot of these people are pretty darn woke,  most of these communities are mixed-race...

Garza: Wait.. wait, wait. So you’re telling me that there are folks of all different races that are dealing with Ghost Town poverty?

Garza: Because we don’t get that story.

Trump talks about it. He exploits it constantly and he usually blames people of color, immigrants, and foreign nations for it when the fact is that it’s largely corporate interests right here that have created these conditions.

Garza: What’s at stake when we miss that story?

Geohl: If the primary portrayal of poor white people is as backward Trump-loving Hillbillies, like, the people that are with us in these communities are gonna be like “Hey, If y’all don’t want me on the team I’m not gonna try out. I don’t feel like you want me on the Team.”

If we’re not there, somebody else is going to be.  I’ve got flyers that say “Hey are you struggling with Opiod addiction? We can help you. Call the White Knights of the KKK, and there’s a local phone number...

And there you have it. If we’re not reaching out to these hearts and minds, if we’re not offering a positive alternative for people to place their energy into rather than negative self-destructive directions, the opposition is always out there recruiting.

They’re going to push their anti-SJW, anti-diversity agenda of hate even if they have to make up lies and create fake “SJW gone wild” videos. They’re going to criticize progressives for supporting or tolerating Antifa, but take no responsibility for white supremacist groups like the Proud Boys, Identity Evropa, or the Rise Above Movement and their links to the Tree of Life Synagogue shooter Robert Bowers.

In an earlier court filing, the authorities said they had been told by Clark family members that the brothers were heavily involved in the white supremacist movement and “that they were connected with the Pittsburgh Synagogue shooter through Gab,” the online forum favored by many neo-Nazis. The federal authorities had initially claimed that Jeffrey Clark had referred online to the synagogue killings as a “dry run” and suggested that might mean he had further information about the slaughter. In their filing Thursday, prosecutors appeared to amend that claim, saying it appeared Clark might have been referring to the failed bombing campaign directed at a number of liberal politicians. They make no claim either brother played a role in the planning of the attack.

George Goehl, Executive Director of People's Action and UVI's Partner speaking with Chris Hayes about why rural organizing matters more than ever before 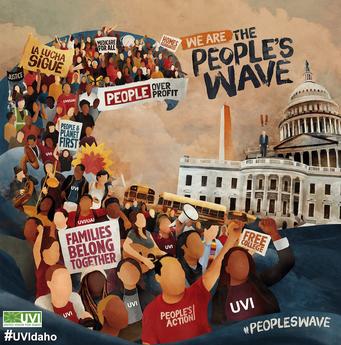 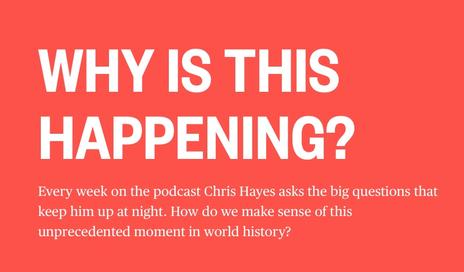 Available from our partners at

Idaho is part of a progressive populist campaign and one of the most exciting organizing efforts to take place in 30 years.

Everyone In - No One Out!

Visit our sister organization, United Action for Idaho to find out more about the endorsed RISEUp, Idaho! Candidates who have vowed in a 13 page response each about how they will work with people most impacted throughout their tenure to realize the people's platform.