FAMILY ECONOMIC SECURITY
All families should have what we need to thrive. Instead, our society is becoming more and more unequal. Corporate profits soar while 14.3 percent of Americans live in poverty and families worry and struggle to meet day-to-day needs. We can do better for all our families. It’s time to rebalance and prioritize our public budgets. Let's make sure that corporations pay their fair share and that public dollars support thriving families and communities. UVI has always been a fierce advocate for state and national budgets that prioritize people and families. We regularly send delegations to Washington, DC and lead civil disobedience efforts to stop the efforts that are leading to the largest wealth gap in our country's history. Learn more here.

We’re fighting for a new set of rules for Wall Street. We need a financial system that works for people and communities, not the other way around. Our economy is about more than numbers. It’s about people. You shouldn’t have to worry about losing your job when you take time to care for your children, parents, or the other people in your life. You should be able to find childcare you trust and can afford. And, if you’re a professional caregiver, you should be able to count on a living wage for your work — just like we all should. By caring for our elders, you’re caring for entire families, a labor that deserves special respect. UVI has worked to protect CHIP, Pass Family Leave and championed legislation to ensure Pay Equity and Collective Bargaining for Idaho workers. For six years, we have with our labor partners championed a bill to raise Idaho's minimum wage.
Learn more here.

Our criminal justice system relegates one-third of Black men to prison. Racism is deeply entrenched in our criminal justice system and the rates of incarceration of people of color reflect the blatant discrimination in enforcement and our courts. We need to retool the system of sentencing of nonviolent offenses, and invest in communities and people. The system we have separates families and compounds poverty. It impedes our ability to build a world where all of us can flourish. We can replace the criminal justice and immigration systems we have now with investments in people and communities, alternatives to incarceration, and family unity instead of mass deportations and detention. Learn more here. 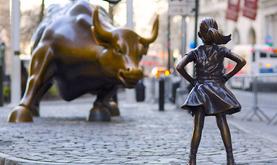 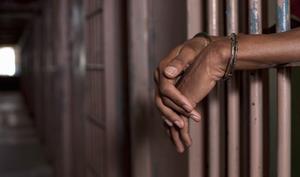 While conservative forces take a wrecking ball to our progress toward making quality, affordable healthcare available to everyone, we advance a vision of healthcare as a public good. We face new challenge in the continuing partisan effort from the current administration and  Congress to undermine the Affordable Care Act. For over a decade UVI has been making comprehensive, affordable, quality healthcare for all a priority. We work nationally and at the state level to advance Medicare for ALL and a system that puts people before the interests of insurance companies. Learn more here. Take Action with us here. 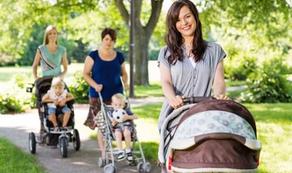 We fight to protect Medicare and Medicaid, and advocate for fair taxes to support public services. The Trump administration and the GOP have waged an all-out effort to take away America’s health care and put people at the mercy of the big health insurance companies again. UVI has a long history of championing Medicare, Medicaid, Social Security and vital programs critical to the health and well-being of Americans. In 2005, UVI led a protest in Boise of President Bush's plan to privatize Social Security, a subsequent action in North Dakota shut down the plan. 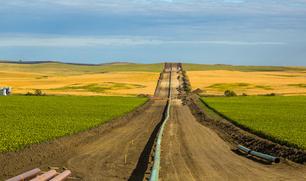 We're fighting for a democracy where people - not corporations - set the agenda.

Economic Justice is a priority. We must work to dismantle the GOP efforts to undermine economic justice by awarding our tax dollars to billionaires and millionaires increasing their profits, while our wages stagnate and more of us have to borrow to make ends meet. When we borrow, Wall Street is there to profit off our need. But Wall Street is doing more than lining its pockets. It’s also distorting our entire economy.

Predatory payday lending traps people in cycles of debt. Our financial struggles are predatory lenders’ profits — and that needs to stop. That’s why we’re fighting for strong rules to rein in the payday lending industry.

We’re fighting to keep students from having to mortgage their futures for a college education. Debt-free higher education — including immediate debt relief — must be part of our education promise. In 2008, UVI led a delegation of nine Idahoans in one of the biggest actions in Washington, DC to shut down the Capitol and the financial district on K Street. Learn more here. 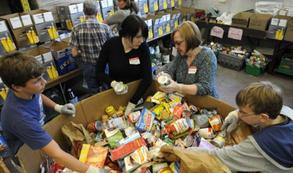 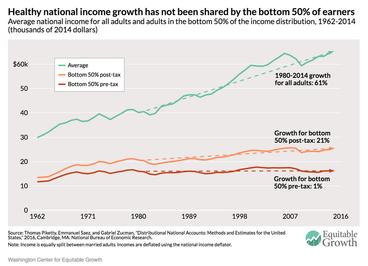 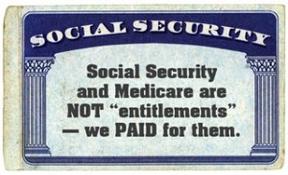 The climate crisis is upon us. It manifested in many communities long ago — in Black neighborhoods surrounded by waste incinerators. In uranium mines on Native lands, and in smog fouling the air in Latino communities. In poor and agricultural lands of Idaho subjected to "Fracking" to the mining contracts that are destroying our cherished rivers. This crisis is the product of an economic and political system that now stands as the only nation on Earth that formally refuses to put people and planet first. We can and must establish a new economy that benefits workers, communities of color, and low-income people. We can make sure every community enjoys clean air, safe drinking water, and good jobs in a clean-energy economy. UVI was proud to be the fiscal sponsor of Idaho residents who have been fighting to protect farmlands and homesteads, who continue to make great strides. We are devout in making sure the climate crisis is a priority in our state and nation. Learn more here.

Income disparity has grown sharply in the United States over recent decades. The World Bank warns that the impacts are global. The gap has widened since the 1990s, despite progress recently in some countries. That is reflected in the decline in America’s standing among nations in the Legatum Prosperity Index, a measure of nine key aspects of quality of daily life that collectively illustrate a nation’s prosperity and prospects for improvement of standards of living.

The 2016 Index showed the United States had slipped to 17th overall among the 149 societies measured. (New Zealand ranked first.)  Weighed by the specific prosperity factors, the U.S. was a dismal 52nd in security, 35th in environment, including quality and protection, 32nd in health care and infrastructure, and, stunning for a nation that boasts of its democratic heritage, 22nd in quality of governance, including representative democracy, citizen participation, and rule of law.

A key element in the cost of living is, of course, income. While the cost of living varies among states and locales, the federal baseline for the minimum wage is $7.25 an hour, where it has been stuck since 2009. (The minimum is much worse for workers under the age of 20, who can be paid $4.25 per hour for up to 90 days.  Tipped workers may receive a wage as low as $3.35 an hour in Idaho, as long as their total in tips adds up a net hourly income of $7.25 an hour. Idaho is among the 21 states that have stuck to the federal minimum, despite years of trying to get a public hearing to pass a bill to raise wages in Idaho. 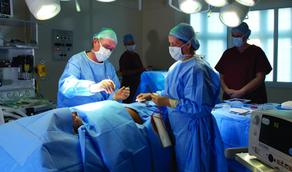 How Healthcare Affects the Elderly, the Poor, and those Disabled

The subject of health care, and more specifically the need to make quality health care available to all Americans at a reasonable price, has been under discussion since the end of World War II, and the conversation has become increasingly heated, and increasingly divided on ideological lines, since the turn of the century.

On one side of the issue is the view that health care is a right, and that the central government has an obligation to make it available, in the same way that public safety, education and economic stability are national responsibilities. This view holds that universal single-payer, or "Medicare for all" can be a  comprehensive national health insurance program available in every other industrialized nation, and paid for through some form of taxation, such as Social Security have yeided great benefits for their nations and peoples.

The  far right hold a counter view, that  healthcare is not a "right," and that people with serious medical or health issues should expect to pay more for care than healthy people.

The first positive step toward a single-payer approach, called the Affordable Care Act, became law in 2010. Ever since, special interests and factions have sought to reverse or destroy the approach, and have tried more than 60 times to appeal or dismantle the law.

United Vision for Idaho works in partnership with CLOSE THE GAP, IDAHO. To find out how you can help email uvidaho@gmail.com and visit http://closethegapidaho.org for information and tools.